In a decision dated January 6, 2023, the Hon. Mojgan C. Lancman of Queens County Supreme Court granted the motion of our client, defendant/property owner, Waterfront Resort, Inc., for summary judgment dismissing plaintiff’s causes of action pursuant to Labor Law §200 and for common-law negligence. The Court also granted Waterfront’s motion for summary judgment on its third-party claim for common-law indemnification against plaintiff’s employer, Wing Jay Construction, Inc. The plaintiff, while employed by Wing Jay on a project involving the demolition of an existing warehouse and the construction of a residential condominium complex at 109-09 15th Avenue, Queens, New York, allegedly fell from a scaffold and sustained a traumatic brain injury. Regarding the §200 and common-law negligence causes of action, the Court determined that the plaintiff’s accident did not result from any allegedly dangerous or defective condition at the subject premises, but rather, the means and method of the work. Additionally, it was also undisputed that Waterfront had exercised no supervisory control over the manner in which the plaintiff’s work was performed. Regarding the third-party claim for common-law indemnification, the Court found that Waterfront was entitled to indemnification from Wing Jay because Waterfront established that it was not negligent and its liability was purely statutory and vicarious.

In a decision dated December 6, 2022, the Appellate Division reversed the Order of the Supreme Court, New York County denying summary judgment on the plaintiff’s Labor Law §241(6) claim predicated upon a violation of 12 NYCRR §23-1.7(e)(1) (“sharp projections [in passageways] which could cut or puncture any person shall be removed or covered”) and, upon searching the record, dismissed the Labor Law §241(6) claim against our client, Consolidated Edison Company of New York, Inc. (“ConEd”), which contracted for the work on the premises.

The plaintiff, a mechanic investigating a reported gas leak at a residential apartment building, was allegedly injured when he exited the boiler room in the basement and as he ascended the topmost of three exterior steps, he struck his neck on a plywood board installed overhead in the doorway to the basement vestibule.  The premises owner had previously installed the plywood board in the top portion of the doorway to conceal the basement opening from the street level after the pipes in the boiler room had been stolen.  In support of its summary judgment motion seeking dismissal of the Labor Law §241(6) claim and in opposition to the plaintiff’s summary judgment motion, ConEd submitted an affidavit from its construction site safety expert who inspected the plywood board and opined that the Industrial Code did not apply and was not violated because the plywood board was not “sharp”; he substantiated his opinion with a photograph of the edge of the board.  The First Department held that the plywood board was not a sharp projection that could cut or puncture and thus, the Industrial Code provision was inapplicable. 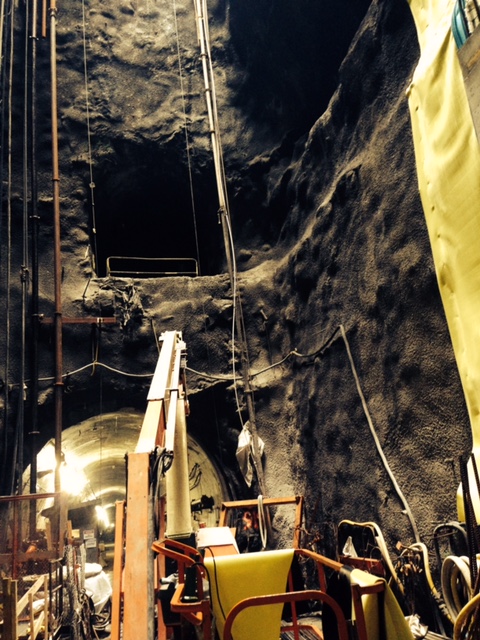